Often you will want to add structured data or empirical data to your model. For instance, if you were modeling a lake, you might want your model to have access to historical precipitation data that was recorded periodically. Alternatively, you might want to know the actual, surveyed surface area of the lake, given the volume of the lake.

For converters, if you have not specified a specific output value for a given input, the outputs closest to the input will be combined to develop an appropriate output based on an interpolation method you have specified. For illustration, take the following example input-output table for a converter whose input source is the current time in years and where linear interpolation has been selected. 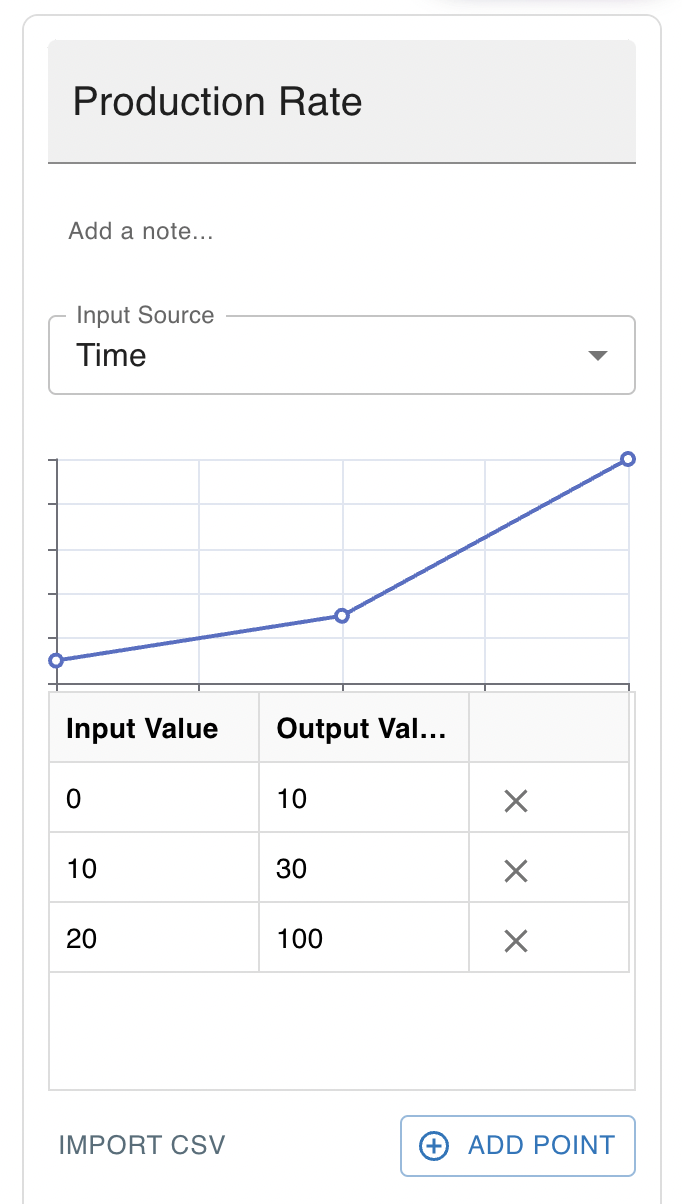 You can enter data into the converter by hand or import a two-columned comma separated dataset (CSV file) that may be generated by Google Sheets, Microsoft Excel or other spreadsheet programs.