As a model becomes more and more complex in Insight Maker, the number of connections between different components can start to become daunting. For complex models, Links and Flows may cross each other in many places leading to a "spaghetti"-like model appearance that can be difficult to follow. Ghosting is one tool that can be used to combat this graphical complexity and to keep even the most complex models straightforward. 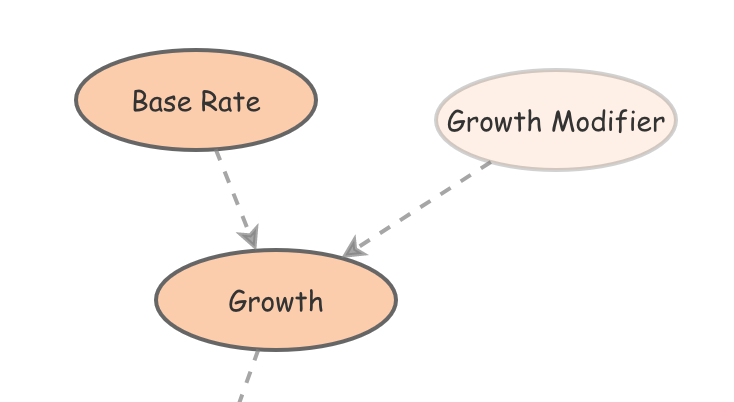 In Insight Maker, Ghosts of primitives are shown with a partially transparent graphical style. The above figure shows one example of a Ghosted primitive. If the Growth Modifier primitive had been connected directly to the Growth primitive, a Link would have to been made that cut across many other parts of the model. By using a Ghost of the primitive instead, we have achieved the same effect, but the model diagram is now much cleaner.