Storytelling lets you guide the viewer of your insight through the model step-by-step. It allows you to highlight and hide certain parts of the model structure in order to help the viewer focus on specific elements. Storytelling is a powerful tool used to help share and communicate your models to others. 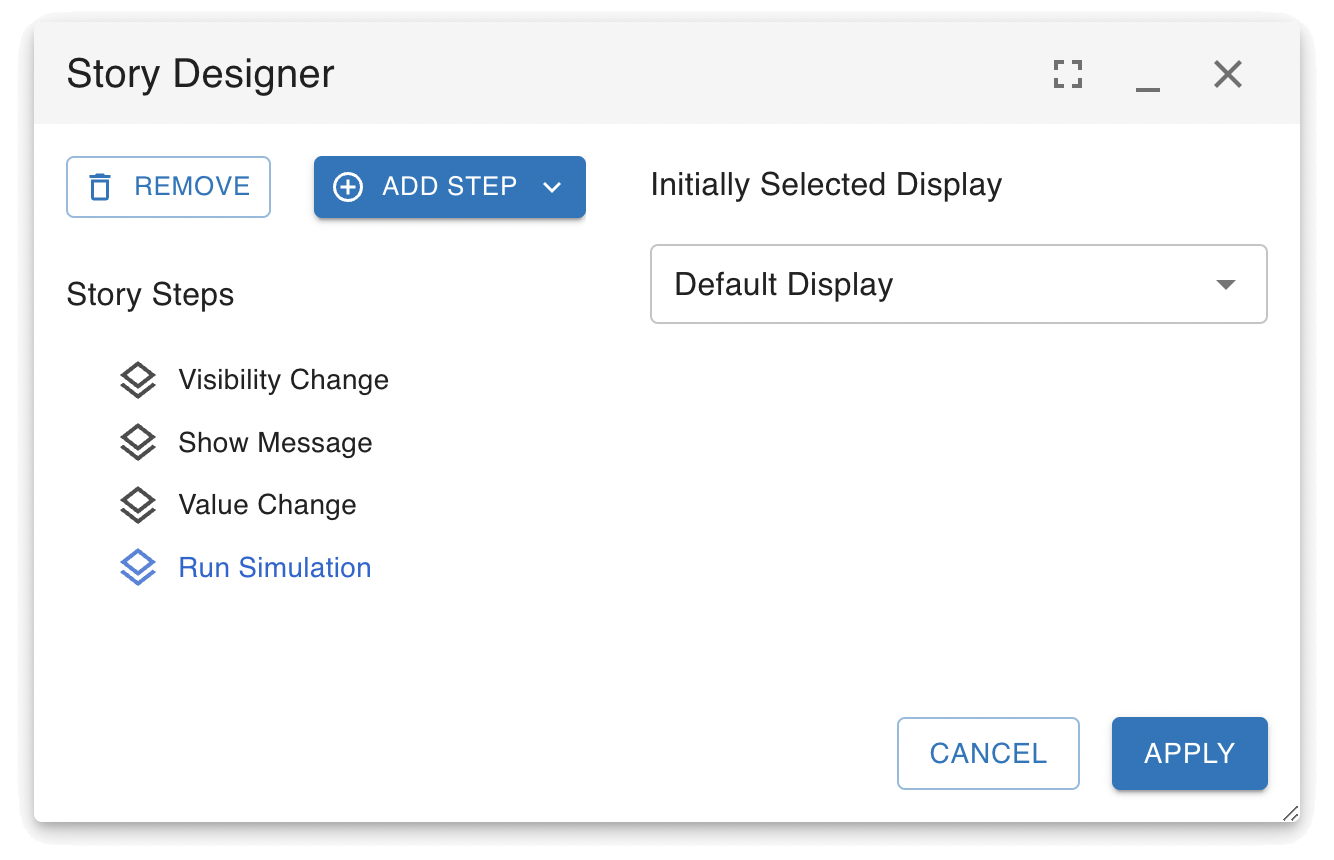 The model's story is configured as a set of sequential steps that can be specified in the Story Designer. Each step carries out an action that moves the viewer further through the story. The following types of steps are available:

Each time the user clicks the "Step Forward" button, a single step will be executed. If you want to execute multiple distinct steps as a batch, you can add a Group step. Any steps that are within a group will all be executed together in one go.